Need Some New (or Old) Tunes? Get Our ScholarNet Team’s Spotify Playlist 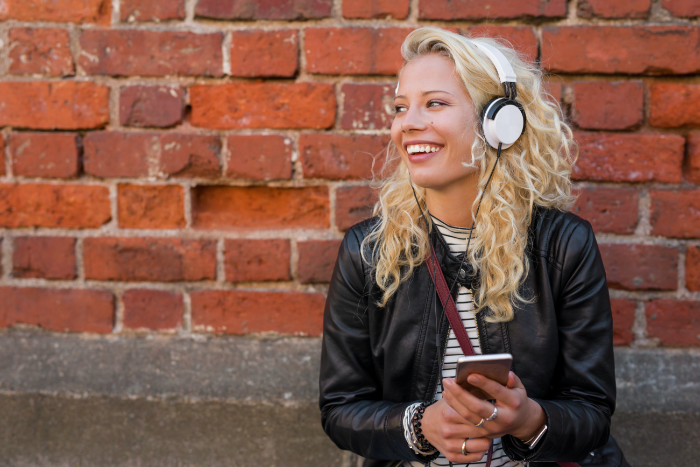 With spring in the air, it’s almost time to jam with the windows down. Get the ScholarNet team’s Spotify playlist for an interesting mix of tunes, old and new.

A few notes of an old classic can instantly transport you back to past times, making us smile (or cry – or crank up the bass in our car like a teenager) all over again. That’s what happened when we asked the ScholarNet team to share a couple of their favorite songs with us.

By putting together this list, our hope is that maybe you’ll be exposed to some new music, give a second chance to a band you never liked – or be reunited with an old musical favorite you forgot you had. And, along the way, you’ll learn a bit more about the ScholarNet team.

Biz Daniel, for example, associates “American Woman” by The Guess Who with listening to music with her older brother – and “Call Me” by Blondie puts her right back in a car, cruising with her girl friends in high school. (You can always do that. Call Biz, or any of the ScholarNet reps.)

Speaking of calling, Susie McCormick mourned the loss of Prince after his death and discovered new favorites in the process, including the mellow and dramatic (to the point of being funny) “How Come U Don’t Call Me Anymore”. But she also named “Can’t Get There From Here” by R.E.M, noting that it takes her right back to college, when she used to rewind the tape just to hear the great ending a few times when it was over.

Renola Swoboda named as her favorite the classic, “Is This Love?” by Bob Marley, while Heather Tapia loves almost any classic Motown favorite, although she can’t name them. Like Amy Gerber’s husband, Amy believes Heather may be what she calls a “musical amnesiac”: someone who can’t remember name songs or artists. Amy’s husband once turned down fourth row Elton John tickets in Las Vegas because he said he didn’t know anything he sang! Amy herself is an 80s kid and usually cleans up on the one-hit wonder song trivia in the 80s and 90s category at her husband’s annual Christmas party. These days she listens mostly to country and “classic” which is apparently what her faves are now called.

Brett Lindquist’s pick was “Natural Science” by Rush. He calls it “a total rocker song with a really accurate take on how we view the world around us.” He guaranteed he was the only person who would choose it, and he was correct. It’s an interesting song – and definitely not the heavy metal selection we expected from him.

Lisa Valentine and her husband danced to Zac Brown Band’s “Chicken Fried” when they first met. When they hear it, they still remember the fun they had, and they try to head for the dance floor if they can (to dance with each other!).

Our marketing folks are pretty mellow. Sam Larson waxed nostalgic with his pick: “As the weather warms during springtime, that means driving home from work with the windows down. With its droning bassline, ‘Dreams’ by Fleetwood Mac is one of my favorite tracks to decompress to on the cruise home.” Sam’s compadre in marketing, Megan Gould, named “Neon Moon” by Kasey Musgraves and Big n Rich or “Rainbow” by Kasey Musgraves as songs she can listen to any time, whether she’s trying to focus or just walk the dog.

Can you picture Gwen Yancey as a girl, singing Tanya Tucker’s “Delta Dawn” while playing her plastic guitar? With our playlist, you can. She then said that she and her sister played Kenny Roger’s album on a new stereo her parents bought them along with a book with the album’s lyrics so they could memorize them all. (The story: between lots of radio play and Gwen’s plastic guitar rendition, “Delta Dawn” may have needed sunsetting by Gwen’s parents – with a new stereo and the Kenny album being a small price to pay.)

We almost got to the end without someone naming “The Day the Music Died” by Don McLean, but Cyndi Schmitz says that “Bye Bye, Miss American Pie” chorus just couldn’t be denied. Like many of us, she grew up belting out the chorus, not realizing what a sad song it really is. These days, Cyndi can still be seen cranking up the volume and rolling the windows down to Bon Jovi’s “Living on a Prayer” if it plays. Now we all can.