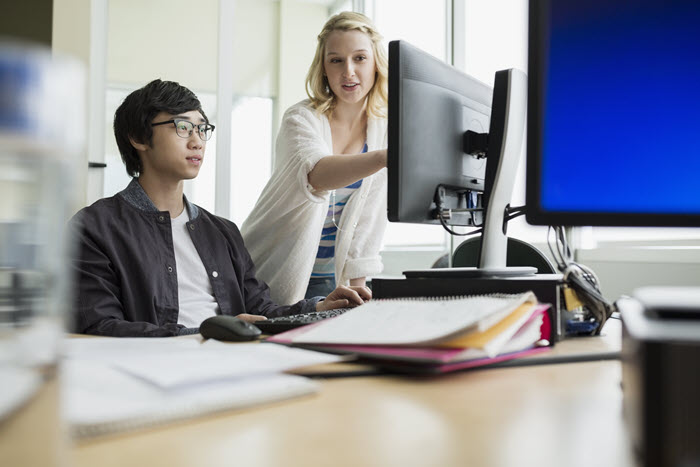 Understanding another person’s behavior and traits as being shaped by events they experienced at a certain age can provide valuable perspective. But researchers suggest much of what we hear about generational differences is untrue or insignificant—especially when it comes to trends we’re seeing with our newest generations.

After studying the Millennial generation (those born between the years of 1981 and 1996) for more than a decade, Pew Research Center now defines the new generation of post-Millennials as those born from 1997 onward. Researchers have yet to settle on just one name for this newest generation, but it’s important to note that in the next five years, this group will become the fastest-growing generation in the workplace and marketplace.

What Do We Know About Post-Millennials?

Given the tremendous impact of 9/11 on our culture, the latest generation is defined by separating those who remember the terrorist attacks from those who read about it in a history book. Born roughly between the years of 1981 and 1996, Millennials ranged in age from 5 to 20 at the time of the 9/11 attacks—and remember and understand their significant impact.

Post-Millennials are our most diverse generation—to the point that they don’t see diversity unless it’s absent, says Dorsey. The oldest post-Millennials were only 11 when our first African-American president was elected, and remember just one president before him. Few in this generation remember a time before gay marriage was legal. Employers, brands, and marketers who don’t understand their perspective may struggle to win their loyalty, posits the Center for Generational Kinetics.

While some label Millennials as technologically savvy, it might be more accurate to say they’re technologically dependent rather than unilaterally knowledgeable about how technology works, says Dorsey. He adds that it’s important to realize that technology is only new if you remember the way it was before something was invented. For individuals in this latest generation, technology is the experience, since they don’t have any context for understanding what went before. As Dorsey illustrates, for post-Millennials who grew up Face Timing with their parents, the phone is broken if you can’t see the other person!

With social media and smartphones a constant companion from their earliest years, post-Millennials had a unique childhood experience that impacted how they learn, approach problems, form relationships, and make purchasing decisions. Early signs are that they self-teach with YouTube and Pinterest, solve problems by searching the web for answers rather than relying on their knowledge, live with their phone and interact less in person, and consult online reviews before making purchases—most of which they prefer to make online.

Many believe that generational cohorts—largely impacted by their shared experience and lack of awareness for how the world worked and existed without the latest technology—will be defined by shorter timeframes as rapid technological advances accelerate. In other words, more cohorts will co-exist.

With the oldest of them just reaching the age of 21, many adult characteristics of post-Millennials haven’t yet been documented. Early research by the Center for Generational Kinetics shows the new generation is self-aware, self-reliant, innovative, and goal-oriented—and particularly inclined to self-educate with web-based research and online sources such as YouTube and Pinterest. Raised during and in the aftermath of a recession, the newest generation witnessed the struggles of parents and older siblings, and shows signs of being more pragmatic than the Millennials who came before them. Psychologist and researcher of generational differences Jean Twenge sums up other key differences in this Quartz post.