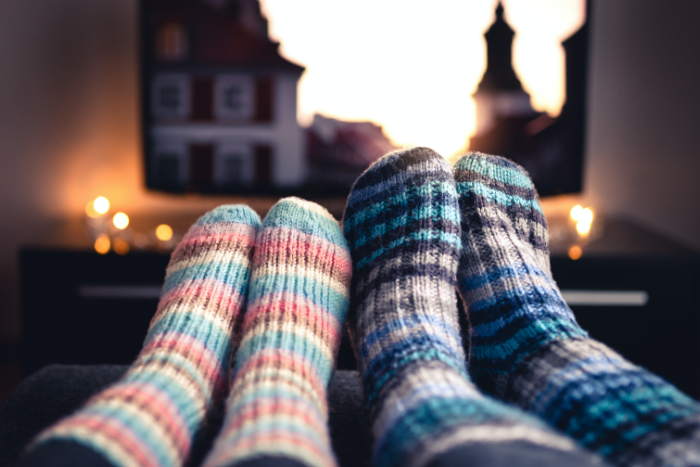 Suggestions for Holiday Shows and Movies

While the holidays can create a busier social calendar than usual, with more time away from the office, it should create a little more quiet leisure time, too. How are you planning to fill the hours? The ScholarNet team shares some of what we’ll be watching.

As Senior Marketing Associate Diane Borchardt points out, she and her family have enjoyed seeing many (but nowhere near all!) of the Guthrie Theatre’s adaptations of “A Christmas Carol” in Minneapolis over the past 45 years. Many cities and community theater groups have similar traditions, regularly doing productions of “A Christmas Carol,” “The Nutcracker Suite,” and other classics. So if you haven’t been in a while, we strongly recommend taking in a live show as a special treat.

There’s a holiday classic from every era, appealing to nearly every sensibility, and the ScholarNet team seems to enjoy them all. While Diane enjoys the tradition of watching “It’s a Wonderful Life” each year, several team members couldn’t stop at just one favorite.

In addition to the famous Jimmy Stewart/Donna Reed film, Care Team Specialist, Lisa Valentine named other favorites over the years, including “White Christmas,” “Christmas Vacation,” “Home Alone,” the 1994 remake of “Miracle on 34th Street,” and “Elf.”

Animated shows such as “The Grinch Who Stole Christmas,” “Rudolph the Red-Nosed Reindeer,” “Frosty the Snowman”—and the classic Claymation versions of “Rudolph” and “Frosty,” along with “The Year Without a Santa Claus”—are still high on the must-see lists for Lisa, along with numerous other nostalgic viewers each year.

Other Series and Movies

Had enough of jingle bells and Santa Claus? The holidays are a great time to re-watch old favorites. “If you’re doing holiday cooking/baking, or just snuggling on the couch, ‘Friends’ is sure to keep you entertained,” notes Marketing Manager, Lindsay Sanderson.

If that’s not going back far enough for you, Marketing Specialist Angela Wheaten points out that Amazon Prime carries all seasons of “Little House on the Prairie.” If you’re looking for a shorter commitment, Lindsay adds that “’You’ve Got Mail,’ ‘Sleepless in Seattle,’ ‘Notting Hill,’ ‘While You Were Sleeping,’ and ‘Four Weddings and a Funeral’ are just a few of the great 90’s romantic comedies that will warm you from the inside out.”

While it’s not in keeping with the holiday warm fuzzies, Diane suggests “The Handmaid’s Tale” series for those who haven’t watched it. Diane also recommends the historical fiction series “Kurt Seyt and Shura” based on a suggestion made to her by a financial aid administrator at the Eastern Association of Student Financial Aid Administrators Association (EASFAA) conference in May.

On Netflix, Angela has enjoyed (and recommends) both seasons of the series “Imposters,” as well as a modern new take on “Anne of Green Gables” called “Anne With an ‘E’” (two seasons). She also recommends documentaries available through Amazon Prime – in particular, one about Fiona Oakes titled “Running for Good,” and the other called “Free Solo.”

Meanwhile, Lisa will be enjoying episodes of her favorite show, “Survivor.” (At last count, a total of 590 contestants have competed on the show’s 39 seasons – so that should get you through your winter break if you run out of other things to watch.)

Time to Put Your Feet Up

The holidays will be here and gone before we know it, but in the meantime, we hope we’ve given you some ideas for what we’ll be watching and reading over the break.