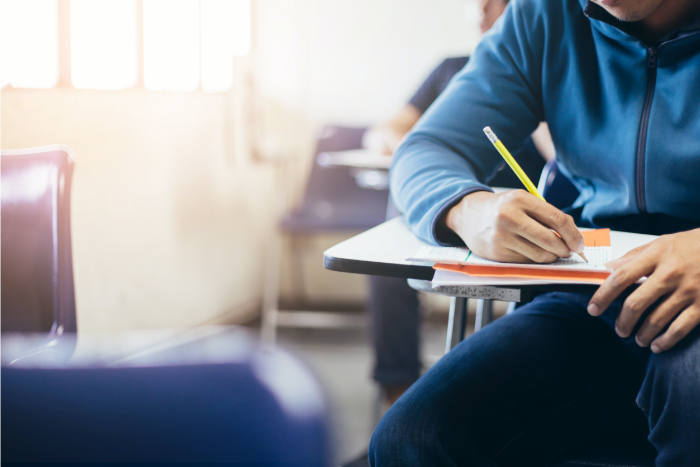 With efficiencies saved, Gustavus Adolphus College only has one regret making changes to ScholarNet: they only wish they had done it sooner.

Doug Minter, Associate Vice President Enrollment, Dean of Financial Aid at Gustavus Adolphus College, has been working with ScholarNet and FastChoice for years – as in over a decade. At Doug’s school, they recently changed the way ScholarNet interfaces with the system, with the goal of reducing the amount of time spent certifying and updating data. The end result was that it reduced the amount of time to certify loans by half.

As Doug pointed out, Gustavus Adolphus was a year one Direct Loan school: “We implemented Colleague [which has CommonLine built in] so we never set up CommonLine.” His ScholarNet rep, Diane Borchardt, noted that in spring 2019 they took the time to set up a module in Colleague that allowed them to import/export files between ScholarNet and Colleague. But they also went a step further and set up Secure File Transfer Protocol (SFTP) to exchange the CommonLine files directly with ScholarNet.

Noted Doug, “The actual setting up of alternative loan processing was fairly easy and straightforward. We have set up many award codes for each lender so we are able to process more than one alternative loan for a student. It has greatly improved our office with answering questions for families and families understanding their statements.”

What do these changes mean in the real world of the financial aid office? Students and families now have more accurate, up-to-date statements, and make a reduced number of calls to the office. But it’s more than just fewer calls and questions. According to Doug, in the past, they had many students apply for a second loan since it did not show on their bill as pending aid – and then they had to cancel the duplicate loans. That extra hassle for students, families, and the office hasn’t happened once since they made changes to ScholarNet that allow it to reflect real-time certification and processing.

Doug added that with SFTP, it’s still possible to see the status of a loan in ScholarNet and make changes/edits as needed – so they haven’t lost any flexibility that way.

The SFTP setup process was straightforward, Doug said. “My IT person worked with ScholarNet support to get the testing and system to encrypt and unencrypt files working.” He also received some setup procedures from other school users and lender reps that really helped them get through the process – and he said Diane Borchardt, his ScholarNet rep, was very responsive and helpful with the setup.

When asked if he has any regrets about making the change, Doug said “[I] only wish we had done this years ago.”

If you’re a long-time user of ScholarNet who may not be maximizing the full capabilities of this tool’s technology, talk with your ScholarNet rep or take one of our free webinars to learn how to use the technology more effectively. Like Doug, you may find taking just a little time on the front end can save you, your office, and your students and families a great deal of time and hassle for years to come.